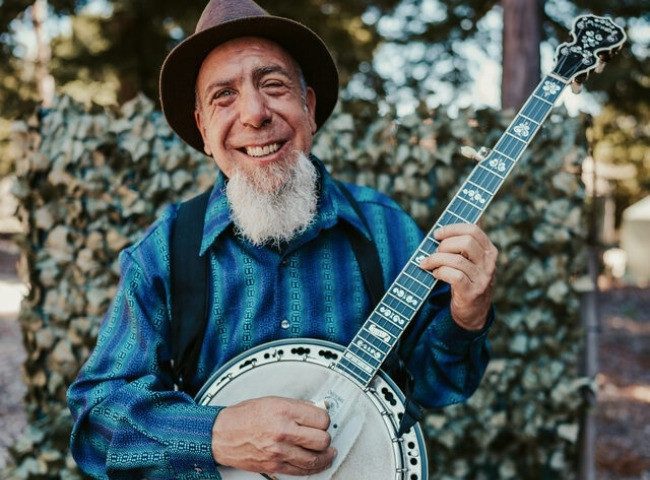 BanjerDan makes his Mendocino County debut, bringing his unique mix of hot pickin’, heartfelt songs, and humorous commentary to the Mendocino Theatre Company’s Helen Schoeni Stage on Saturday, January 15, 2023, from 3:00 – 5:00 PM. This will be a FREE show, with a $10.00 suggested donation. Full Bar and soft drink refreshments will be sold lobby throughout the concert. BanjerDan (Dan Mazer) is a “banjo-centric” acoustic musician and entertainer based in Santa Cruz County, CA. His music is an Americana mix, rooted in straight-ahead bluegrass and branching out to include folk, country, blues, oldies, and other styles. Dan’s primary instrument is the 5-string banjo, but he also plays guitar, mandolin, and dobro.He has performed all over the U.S. and internationally, as a solo artist, in theatrical productions and symphony orchestras, and as a member of several bands, most notably “J.B. Beverley & The Wayward Drifters.” He has performed in venues ranging from street corner busking to bar/coffeehouse gigs, children’s shows, private parties and corporate events. Some of the more notable venues include Opryland, USA, the Grey Fox Bluegrass Festival, the High Sierra Music Festival, the National Cherry Blossom Festival, and the Kennedy Center for the Performing Arts. Dan was honored to perform overseas on behalf of the US State Department, in Israel and at an Independence Day event in Panama. www.banjerdan.live Facebook YouTube 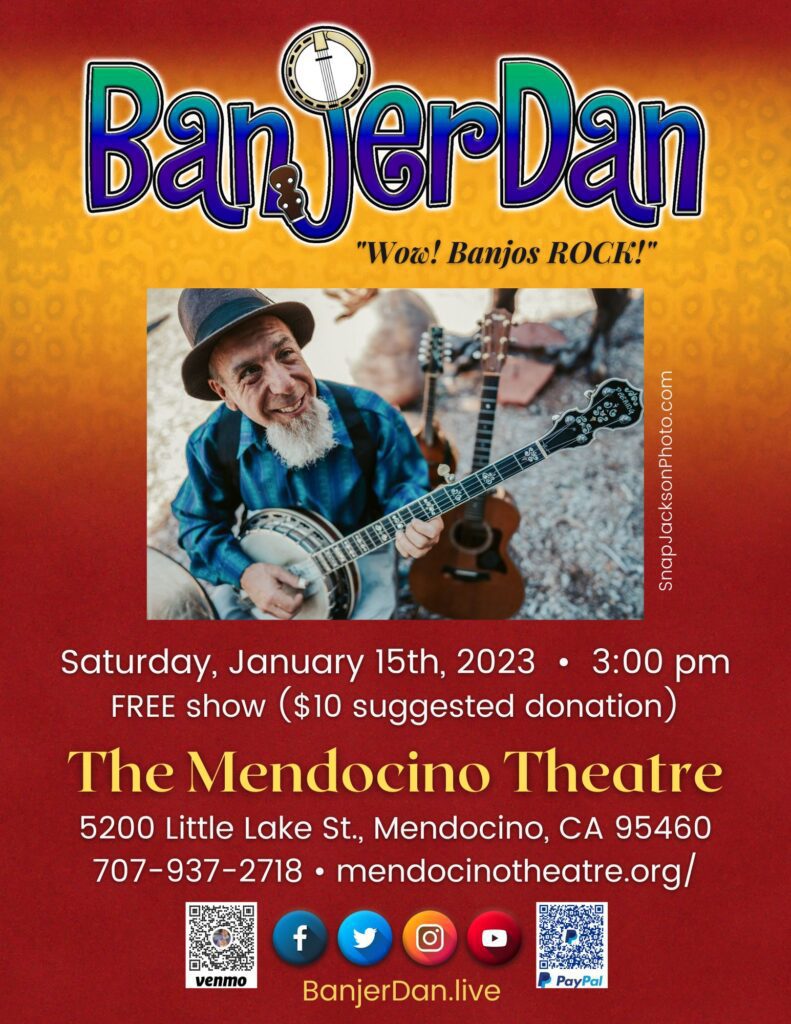